Golden visas to be scrapped for Lisbon and Porto

After all the criticism, the government has conceded change in Portugal’s golden visa regime. It will no longer be available for people buying property – or otherwise investing – in the areas of Greater Lisbon and Porto.

Leader of the Socialist bench Ana Catarina Mendes told a press conference today that “obviously” the move will not have retroactive effects.

In other words, the saturation of golden visa beneficiaries in Porto and the capital remains.

But now at least, the regime that has been described as an open door to corruption is being limited to foreigners prepared to put their money in the interior and autonomous regions of Madeira and Azores.

Said Mendes, the PS parliamentary group decided it was time to address the galloping property speculation that golden visas have generated, as well as try to dynamise ‘poorer regions’ where people could do with increased job opportunities.

The golden visa regime – although used principally by foreigners investing in property – also seeks to encourage foreign entrepreneurs to set up businesses here.

Mendes said her party hopes the changes, to come into effect this year,  “will contribute to greater territorial cohesion”.

As reports this evening stress, there have been many voices speaking out against the golden visa regime, particularly the government’s left-wing allies, Bloco de Esquerda.

This is the second major ‘about-turn’ by PS Socialists with regard to this year’s State Budget. 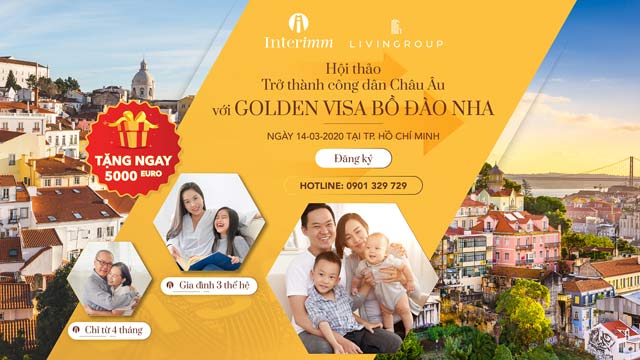 Come to join our seminar in order to update the newest information related to the property investment in Portugal, the method to maximize business revenue, Immigration Laws & the updated procedures of Golden Visa program.

EB5 Seminar – US Investment Immigration for the whole family